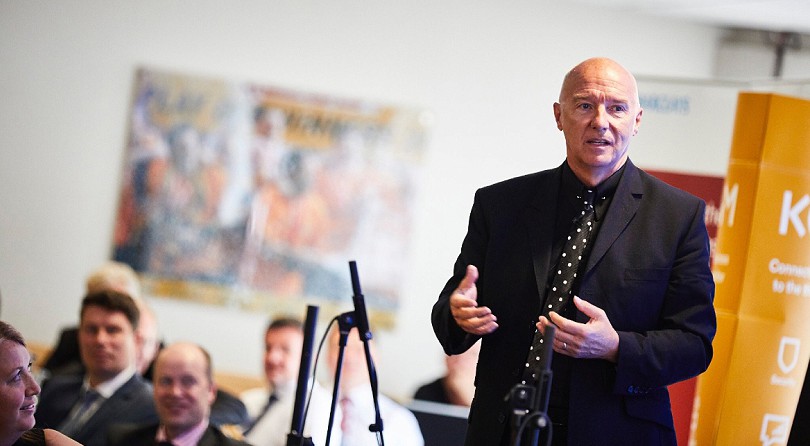 From challenging backgrounds and humble beginnings, to setting the bar high and settling for nothing less than success – some of Hull’s best known faces have shared their inspirational and positive journeys as they back a powerful social mobility message.

From champion boxer Tommy Coyle, to Hull Kingston Rovers Chairman and Hudgell Solicitors Founder and Managing Director Dr Neil Hudgell, many of the city’s icons touched on the highs and lows of how they reached the positions they are in today, the barriers they have had to overcome, and their top tips for success.

They spoke at an event entitled ‘The Kid Done Good’, which was organised by Sewell Group as part of Humber Business Week 2019 and hosted by the Rt. Hon Alan Johnson at Sewell Studio in Geneva Way, East Hull, on Tuesday, June 4th.

Sewell Group has been announced as a Social Mobility Pledge Accredited Employer, supporting the Rt. Hon Justine Greening MP’s pioneering fight to ensure Britain is a country in which people can progress in life, regardless of their personal circumstances or background.

The powerful national Social mobility pledge campaign, which already has 200 employers representing over two million employees signed up across the UK, sees businesses promise to work in partnership with schools and colleges to provide coaching to those from disadvantaged backgrounds through careers advice, work experience, apprenticeships and mentoring, as well as promoting a level playing field for people facing challenging circumstances.

Ms Greening, former Secretary of State for Education and former Minister for Women and Equalities, attended the event and joined Sewell Group and the other icons in encouraging other businesses to follow suit.

Tommy, who was fresh from fulfilling his dream of fighting at Madison Square Garden in New York on Saturday, June 1st, said he avoided failure at school by not attending and could have ended up in prison had he not found boxing.

Instead, he became British Commonwealth Champion and is also a community champion with his local academies and gyms, and his Box Clever bus, which is touring Hull to inspire young people.

Tommy said: “I was in a gang when I was younger. Whatever colour your cap was, you had to wear the same colour socks and you had to tuck your tracksuit bottoms into your socks. We all wanted to be accepted for being a tough guy or a wise guy.

“We tried to get a reputation for being a hard case.

“Boxing was a positive distraction because I had to be in the gym. I want a reputation for being a good guy, not a tough guy.”

Giving advice to school students among the audience, Tommy added: “Get used to the idea you are going to fail along the way.

“But if you keep working hard, continue to make sacrifices, don’t give up and keep going, eventually the law of averages says you’re going to get lucky.”

As well as his role as Hull KR Chairman, Neil Hudgell has his Hudgell Solicitors offices based in Hull, Leeds, Manchester and London, and owns food and drink businesses.

Neil said: “As a kid, my upbringing was very simple working class, I was brought up by my grandparents and I was a pain.

“I had a lot of love but little career aspirations or expectations.

“I got to 16 or 17, I found the pub, and chasing girls. I didn’t get the education, home life, entertainment balance right.”

Neil recalled collecting his first pay packet and having his bike stolen on the same day. He said he didn’t want his life to continue in the same vein.

Multi-award winning playwright John Godber didn’t read a book from cover to cover until he was seventeen.

John has also won two BAFTAs and written 70 published plays, and is one of the most performed playwrights in the world.

He said: “I failed my 11+ and I didn’t know you could do anything but be a miner.

“It doesn’t matter how many trophies you’ve won, it’s what you do today. Never rest on any laurels.

“You’ve got to dream it and don’t let anybody put you off.”

As part of Sewell Group becoming a Social Mobility Pledge Accredited Employer, the pledge team has carried out research into how the business embraces social mobility, nurturing talent and encouraging its staff to grow to their full potential.

One example of this is the Abilities in Facilities partnership, originally set up between Sewell Facilities Management and the Humber branch of the national charity, Mencap, in 2017.

Five have gained paid cleaning jobs in offices and schools across Hull, with others benefiting from work experience opportunities, or learning interview techniques, helping them progress into work elsewhere.

It comes as the Humber region has lower than average rates of residents in top jobs, with Hull ranked 464th out of 533 areas across England in terms of social mobility. East Hull in particular falls into the bottom fifth.

Ms Greening grew up on a council estate and attended a local comprehensive school. She went on to hold several positions in Government and is pioneering the Social Mobility Pledge across the country.

She said: “Don’t wait for someone in Westminster to change things. If every company does what Sewell Group has done, it would transform opportunity in Hull.

“Sewell Group is successful because it is part of a local community and it draws talent from the community.

“We want to see Hull as a beacon of social mobility, so when people ask about it, we can say ‘go to Hull’.

“We hope to get more companies involved and inspire them to be part of the Pledge, working with schools and their communities, encouraging them to realise they can think big, aim high and get there.”

She added: “Paul Sewell thinks differently about the way a company can be and its relationship with its community. Companies which really care about this want to do more.

“We have produced an Insight Report setting out what happens at Sewell, why it works and tells the stories of its people. This is the fifth report we have done, I think it’s the best one and we are going to do more of them.

“We are going to make sure the whole of British business knows how to do this well and are part of this push to get change on the ground.

“Here in Hull, there are some amazing businesses which could become part of the Pledge, learn from what Sewell is doing and make a difference.

“If you can just change Hull, that’s enough, because if everybody does that in their community, we end up with a really different version of our country.”

Paul Sewell, Chairman of Sewell Group, failed his 11+ exam and was expelled in 1970. His professional football career ended with a broken leg at the age of 19 and working on his father’s fruit and vegetable stall was not something he aspired to.

Offering his advice to school pupils who also attended The Kid Done Good, Paul added: “Good manners cost nothing. They are everything, they get you everywhere and they make you emotionally attractive.”

For more information about the Social Mobility Pledge, visit: www.socialmobilitypledge.org

Humber Business Week showcases the wealth of talent, entrepreneurship, vision and future potential of our region through a diverse programme of events which both inspire and educate.

Held in the first full week of June each year, it includes high profile keynote speakers, expos, conferences, workshops, tours, celebration receptions and networking events, providing an opportunity for companies of all sizes to acquire new knowledge, gain a better understanding and insight into key regional business developments, and to improve their own network of contacts. 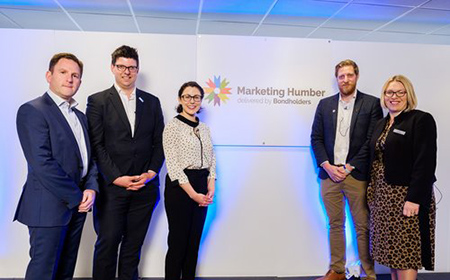